Project 1, Eat It, was meant to give an elementary glimpse into what the breakfast of the future might look like. The standard equipment one typically uses when one eating breakfast is a table placemat for your plate or bowl alongside your silverware and a glass of your favorite juice or water. It is likely that advertising will play somewhat of a role in this near future, so part of this project would be to design what that may look like. In this case, we imagined the user was preparing his favorite bowl of cereal, Animo’s!(Ah-ni-moze, supposed to be a play on the word animals). The placemat, cereal box, and juice come to life and try to get the user to drink/eat them via their own animal mascot. Pictured below are screenshots from the scene in Unity and the augmentation in real life. 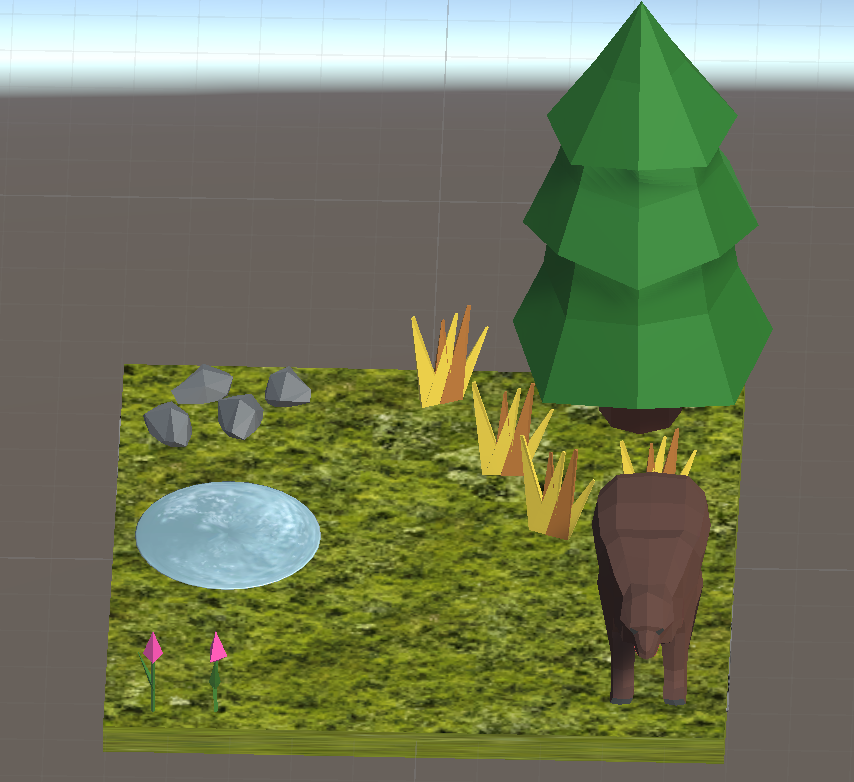 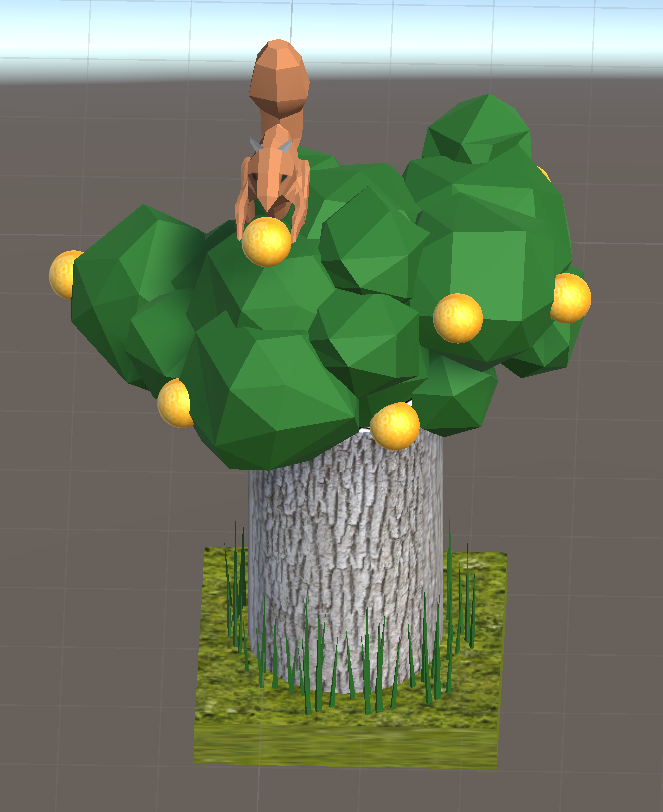 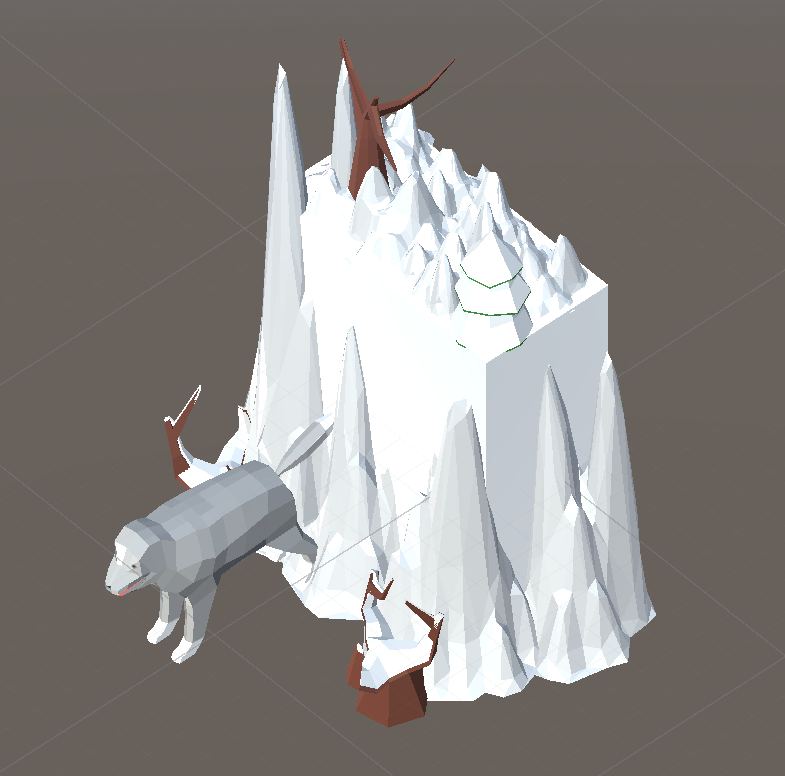 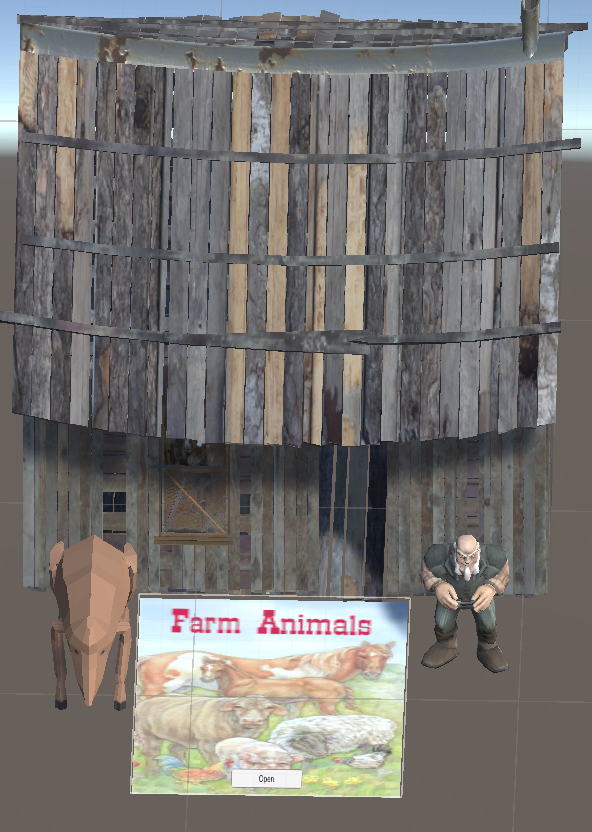 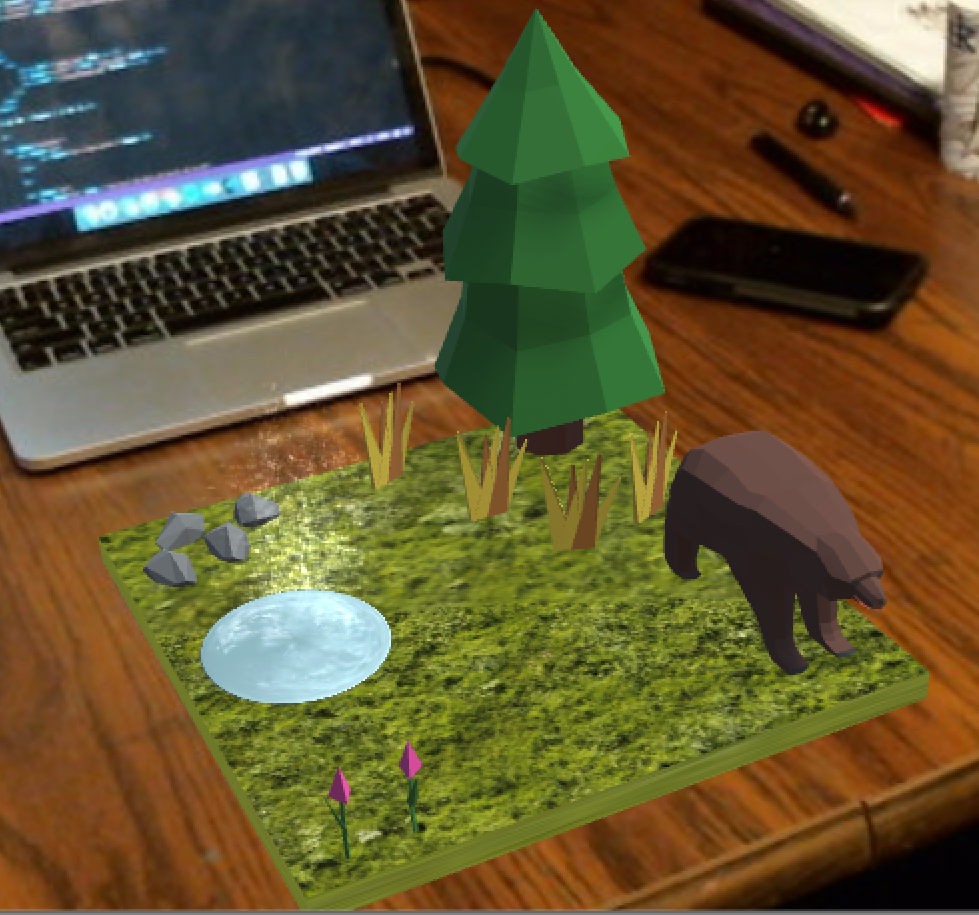 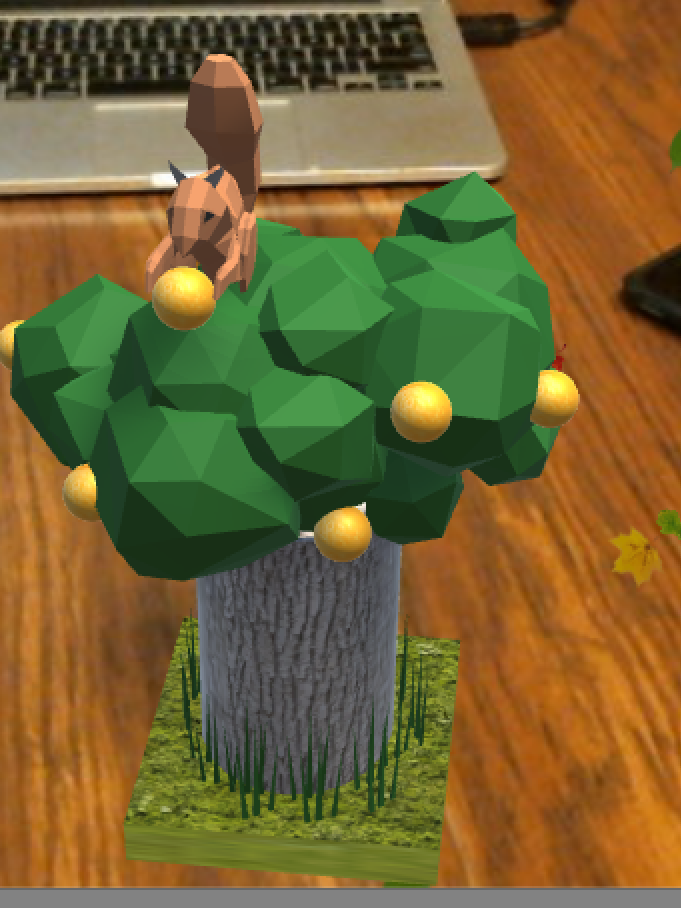 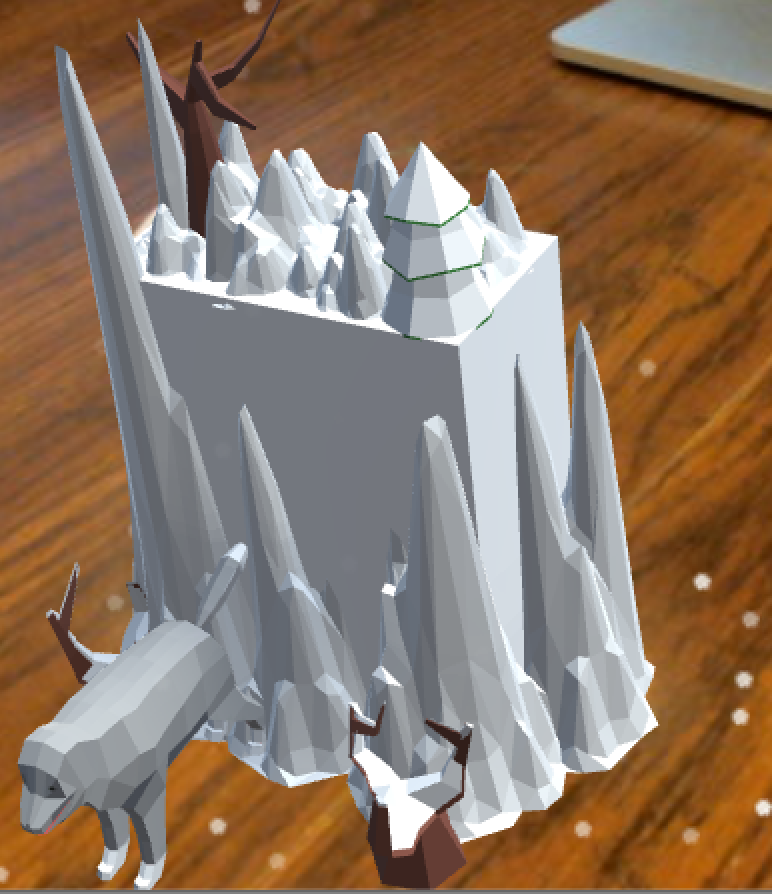 In my project, a user is able to view basic augmentations. By pointing a camera to an image target, a user will see that target’s mascot come to life. In the placemat, we have a bear in a happy scene. By clicking ‘a’ on the keyboard, you will hear him growl! In the juice target, we have a squirrel sitting atop an orange tree with one in it’s hands. Here, the audio clip is that of a flock of birds leaving the tree. Press ‘b’ on the keyboard to hear it. The squirrel probably startled them…. The cereal box target turns into a mountain inhabited by a wolf. You can see a couple trees on and around the mountain. It is a pretty desolate area, so the audio clip here is an eerie wind. Press ‘c’ on the keyboard to hear that. Lastly, we have the magazine which is a scene with a shed occupied by an old man and his boar. The scene is supposed to resemble a man living off of the farm land, hence the farm animal magazine. The audio clip is a greeting from the old man himself, welcoming the user to the area. Note the magazine contains a button saying ‘open’, but I was unable to fully implement it. All of these features are easily seen functioning in the YouTube video below.

There is a lot of undiscovered potential with AR/VR that we will surely find out in the near future. Current technology would be a little distracting wearing to breakfast (e.g. VIVE) so let’s imagine this scenario is sped up a decade and we are using a pair of regular old spectacles that a lot of people today have, except these have AR/VR capabilities. After pulling out your favorite breakfast cereal and juice, you set it on the table as you go and get your bowl and silverware. It would be useful knowing how the various nutrients inside of the ingredients you are about to consume will affect your body throughout the day. Whether this is with your daily percentage of nutrient intake or statistics associated with various actions that could happen because you ate the foods you did throughout your day could be shown in a list which may convince a user to eat another way. For example, let’s take the cereal we are about to consume. If a user set out the cereal on the placemat, it might calculate that with all of that sugar in the cereal, you will have a crash around noon. However, the placemat may compare what you are about to eat with some other typical breakfast meal, like eggs, that may just be sitting in your fridge and show you different statistics. This statistical interface could tell you that if you instead ate the eggs, there would not even be a sugar crash! Another menacing yet inevitable fact about AR/VR is the advertising which will be run through it. Companies will be able to create never before seen advertisements that would literally pop out and interact with you. From a business perspective, there are limitless ways you can harness the attention of your user and get them to eat your food or drink your beverage. If we’re thinking next level and there are multiple name brand foods or drinks on your placemat, would they interact with each other? How might a can of Pepsi and a bottle of Coca-Cola react if they were within some distance of each other? Today, we see social media coordinators of various companies interacting on platforms like Twitter all the time and I imagine this would be a starting point. When these social media experts do this, they usually poke fun at each other in any way they can to try and get laughs and attention from the vast network of internet communities. It is not far-fetched to think that, as long as the interactions are pre-approved, that name brand foods and drinks will literally come to life and have debates while you decide which to have!

To find out more about the models, textures, and audio used in this project, click the heading to be taken to a different page. If you are interested in downloading and running this project or want to check out the assets used, you can click on the link below for the download to automatically start. Note that if you are only interested in the resources used, just visit the /Assets folder in the project root directory after downloading. All that needs to be done in order to run the project is to open the downloaded folder in Unity, attach a camera, and then hit the play button.